Please note: This may no longer be reproducible step-by-step due to Facebook making further changes to their app since this post was written. If you require the version of the app I worked with, please get in touch.

Certificate Pinning is an extra layer of security that is used by applications to ensure that the certificate provided by the remote server is the one which is expected. 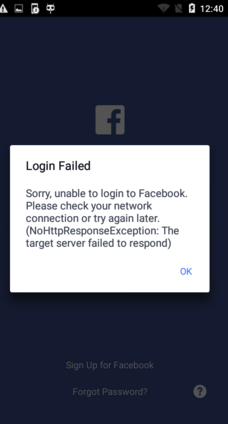 If you have been unable to intercept (Man-in-the-Middle) the application’s HTTPS traffic, after taking the necessary steps, this is probably due to the application using Certificate Pinning.

Certificate Pinning is a client-side security measure that can be bypassed by manipulating the application or its environment.

Some tools exist for different mobile platforms which can automatically disable certificate pinning. These tools may not necessarily be kept up to date and you may need to try the manual approaches discussed above.

Both of the following tools need jailbroken devices as they manipulate the application or device during runtime to disable Certificate Pinning.

Both of the following tools need rooted devices as they manipulate the application or device during runtime to disable Certificate Pinning.

These exact steps may not work for you if you are following them step-by-step against the official Facebook Android application as Facebook may have changed the way they implement their certificate pinning from the time when these steps were first written. However, they should still be useful to gain an understanding of how applications can be manipulated to bypass certificate pinning.

This was reported to Facebook via their Bug Bounty program incase they considered it a security issue which could be protected against. According to Facebook, using a modified APK to bypass certificate pinning is not eligible for their bug bounty program.

The apktool tool was used to disassemble the APK with the following command:

Once the APK has been disassembled we will need to locate where within the smali source code the certificate pinning checks are done. Searching the smali code for keywords such as “X509TrustManager”, “cert”, “pinning”, etc, should point you in the right direction.

Once the changes are made to the methods the APK will need to be reassembled. To do this the following apktool command was run:

This should create a reassembled APK named ‘app_modified.apk’ with the changes we made.

Before the modified APK can be installed onto a device it needs to be cryptographically signed. To sign the app_modified.apk APK file the following steps should be taken:

If you get the Please specify alias name use the following command instead:

The modified APK should now be signed for 10,000 days and ready to be installed onto the Android device. To do this, ensure the device has USB debugging enabled then attach the device to the computer’s USB port and run:

After installing the modified APK it is possible to intercept (Man-in-the-Middle) the HTTPS communications. 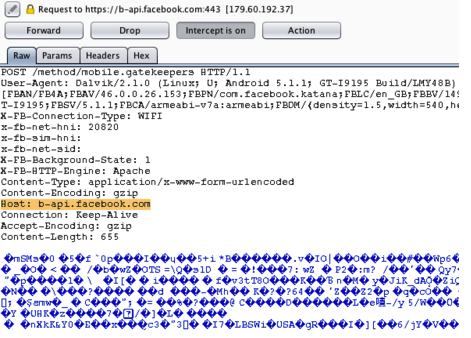 This content was originally written for the up and coming OWASP Mobile Application Security Testing Guide. However, I have decided to share it here so that others can benefit from my research and write up before the OWASP guide is officially released. It should also help improve the final version as it should generate more feedback.

If you have any feedback please leave a comment - https://docs.google.com/document/d/16sMdEmDk3cGR1qAZwFFCPu_M2t3t4g6sYydTzRu7274/edit

This post demonstrates the extra security which Certificate Pinning can offer in mobile applications, as well as how trivially it can be bypassed in some circumstances.